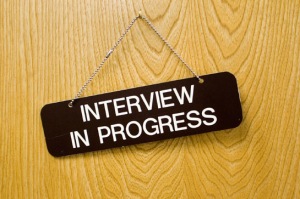 After a seminarian from the diocese of Richmond sent us a note giving feedback on our blog, we asked him for an interview, to see what he had to say about the path to priesthood, as well as some general pieces of advice for Catholic Teenagers.  Without further ado, here is the interview, enjoy!

Maddie Catherine- How long have you felt called to the priesthood?

The Seminarian- Relatively speaking, not for very long! The first time the idea of becoming a priest seriously crossed my mind was during a retreat on September 9, 2011, the beginning of my junior year in college. I know a lot of my seminarian classmates who felt God calling them from a young age, but I never gave it any thought until after I had developed a serious prayer life in college.

Maddie Catherine- If you weren’t going to become a priest, what would you be?

The Seminarian- Believe it or not, I wanted to be an archaeologist. My discernment started shortly after I’d chosen to major in Classics, which meant studying a lot of Latin literature and ancient Roman and Greek culture. I’ve loved their art and history since I was quite young, and I had the chance in 2010 to visit Italy and see a lot of it for myself. As it turned out, I also got to visit a ton of the Catholic sites in Padua, Assisi, and Rome, even though I wasn’t terribly excited about them at the time. I’m glad I studied Classics, though – the priesthood is one of the few occupations where knowing Latin is still useful!

Maddie Catherine- How did you figure out God was calling you to be a priest?

The Seminarian- Like I mentioned before, I’d never felt called to the priesthood until one fateful day on retreat. I had just transferred into the College of William and Mary as a junior, and promptly signed up for their New Student Retreat in the hopes of getting to know the students in our Catholic Campus Ministry. During our Eucharistic Adoration service the first night of that retreat, I was trying to figure out what I wanted to do with my major, and found myself mentally running through all the places I’d seen on my visit to Italy the year before. The idea of studying a lot of those sites seemed fun to me, but none of them really felt right, so I kept thinking and praying.

For a brief moment, I found myself thinking about the Pontifical North American College – the American seminary in downtown Rome, which I’d passed on the street during my visit – and then, very suddenly, I had a vivid image in my mind of myself, wearing the black clerical clothes of a priest or seminarian, standing in front of the building. At the same time, I had a very deep-set feeling of peace, but I quickly freaked out – I didn’t want to be a priest! In fact, I was in a wonderful dating relationship at the time, so entering seminary was exactly the last thing I wanted to do.

It took months of prayer and learning more about the life of a priest before I realized that a lot of my fears were based either in my own misunderstandings, or often in the simple fact that I hadn’t yet learned to really trust God. I did eventually contact my vocation director and seriously start discerning that call, though – and I’m glad, because it’s honestly been the best choice I ever made!

Maddie Catherine- What is your favorite bible verse/passage

The Seminarian- It’s hard to pick just one. Right now I’m particularly fond of Our Lady’s fiat in Luke 1:38: “Behold the handmaid of the Lord; be it unto me according to thy word,” both for the significance of that moment for humanity, and because of her awesome example for how we should respond to God.

Maddie Catherine- Who is your patron/confirmation saint?

The Seminarian- Oddly enough, I was Confirmed without a patron saint, so I spent a few years wondering who my patron was. Recently, though, I’m happy to say I was “adopted” by St. Therese of Liseux, who turned out to be the perfect spiritual friend and guide for me – she was a prayer partner with two seminarians during her lifetime, and once said of her vocation, “I came to Carmel to save souls and especially to pray for priests.” We’re very fond of each other.

Maddie Catherine- If you could describe God in one word what would it be?

Maddie Catherine- If you could ask God one question right now what would it be?

The Seminarian- Will I be a Saint?

Maddie Catherine- What is one thing you have learned over the years that you would tell Catholic teenagers now?

The Seminarian- Don’t be afraid to live all-out for God! We live in a culture that pushes us to be very realistic and limited in our goals, but I think everyone has a deeply rooted desire to live an awesome and fulfilling life. We have these desires for a reason – on some level, we all want to be Saints! That means committing in a very down-to-earth way to loving God as much as we possibly can, even if it looks like we’re a really long way from genuine holiness. That’s really all it takes, because God’s always happy to meet us where we’re at and carry us the rest of the way.

Maddie Catherine- What is the number one way you have become closer to God?

The Seminarian- Talking to Him face-to-face in Eucharistic Adoration. I wish everyone understood just how mind-blowing a gift it is to have that kind of personal contact with Christ. Our spiritual lives are a relationship very much like our earthly friendships, which means that these conversations are important!