On April 15 2013 Krystle Campbell, Martin Richard and Lu Lingzi were killed and more than 260 others were injured in an explosion set by Dzhokhar A. Tsarnaev and his older brother during the Boston Marathon. Such tragic acts of evil are impossible to comprehend and as a result difficult to react to. One thing is sure however, that those who commit such crimes must be brought to justice, but what does that mean? This past May a jury was tasked with answering this question and sentenced Tsarnaev to death; making him the youngest death-row inmate in the history of our nation at 22. 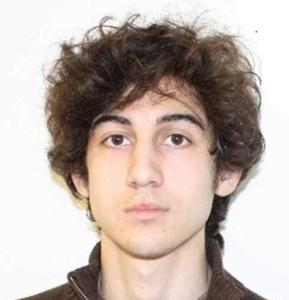 However as Catholics we are pro-life and that means standing up for the lives of criminals just as we stand for those who are unborn. Though many may find this stance difficult to understand by examining the death penalty as a policy matter we can quickly understand why it must be opposed as a moral matter.

We live in a time of high-tech security prisons, if justice and safety dictate that a certain individual be kept from society it can be done with certainty. One need only look up the ADX Florence, a maximum security prison to know this is the case. There may have been a time when the death penalty was necessary to keep dangerous individuals from harming society but if there was, it is no longer the case in our country.

Furthermore, the idea that the death penalty works to deter future crime has never been proven and many studies have been conduct which point to the contrary. The simple truth is that criminals do not rationally weigh consequences in their minds. Dr. Lamperti, in his work “Does Capital Punishment Deter Murder?” which he published while working at Dartmouth University, ends by saying.

“[I]f there were a substantial net deterrent effect from capital punishment under modern U.S. conditions, the studies we have surveyed should clearly reveal it. They do not.”[1]

All of these facts point to the truth that the death penalty does not improve or protect our nation. As a result it becomes immoral for our government to take the right to life away from even the most hardened criminals. Lastly, we must remember that ultimately justice will not come from a judge’s bench but from Our Lord the supreme Judge. Just as Saint Paul said to the Romans:

“Never take your own revenge, beloved, but leave room for the wrath of God, for it is written, ‘Vengeance is mine, I will repay”